Not applicable to the Display Surfaces.

The importance of "Student work and awards are displayed throughout the school and in the classroom" is ranked 22 out of 92.

The importance of "Student work and awards are displayed throughout the school and in the classrooms" is ranked 30 out of 66. 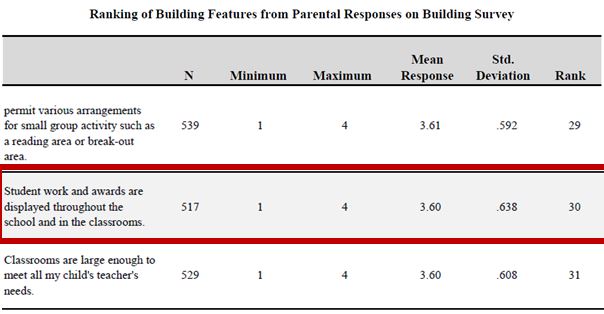